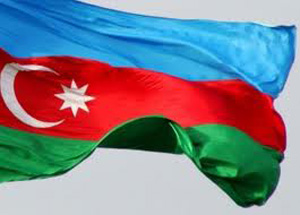 A senior Iranian lawmaker says Tehran is ready to help resolve the Nagorno-Karabakh dispute between Azerbaijan and Armenia given the Islamic Republic’s influential role in the region and the world.

Iran has defended the Azerbaijan Republic’s territorial integrity in all international bodies, including the United Nations, the Organization of Islamic Cooperation (OIC) and the Inter-Parliamentary Union (IPU), Member of Iran’s Majlis Kazem Jalali told reporters in Baku, Azerbaijan, on Friday.

Iran will continue to defend Azerbaijan’s territorial integrity in the future as well, said Jalali who sits on the National Security and Foreign Policy Committee of the Majlis.

He noted that Tehran’s involvement in the Karabakh dispute would be subject to a request by and the approval of both sides.

“We believe that the Karabakh dispute has a political solution and this problem should be resolved by the regional countries and neighbors close to the disputed region,” the Iranian legislator added.

Jalali further urged all OIC member countries to play a more active role in resolving issues facing the Muslim world, including the Karabakh dispute, and defending the rights of Muslim minorities in Islamic nations.

Both Azerbaijan and Armenia claim the territory of Nagorno-Karabakh, which is largely populated by Armenians but located in Azerbaijan.

Ethnic Armenian forces took control of the enclave, which accounts for 16 percent of Azerbaijan’s territory, in the early 1990s during a six-year war from February 1988 to May 1994.

The conflict left an estimated 30,000 people dead and one million others displaced before the two sides agreed to a cease-fire in 1994. However, a peace accord has never been signed and the dispute still remains unsettled.

Iran has on several occasions offered to mediate in the dispute.