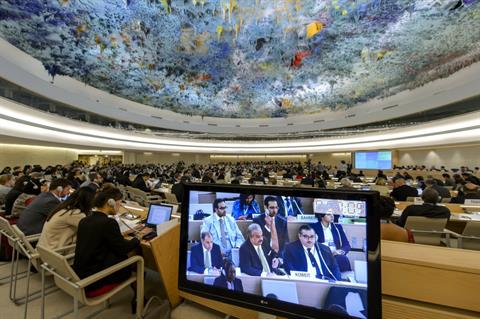 MOSCOW: Iran has received a verbal invitation to attend the proposed peace conference on Syria, the Islamic Republic’s deputy foreign minister said on Tuesday without specifying who extended the invitation.

“The conference will be successful if all the influential countries take part.”

Russia has backed Iran’s representation at the so-called Geneva 2 talks, meant to push forward a political transition in Syria after negotiations in the Swiss city failed to achieve tangible results last June.

But Western countries, including the United States and France, have questioned Iran’s participation because of its strong alliance with Syrian President Bashar al-Assad and links to the Hezbollah militia in Lebanon.

The fate of the Geneva 2 talks seems to be hanging in the balance because of the major nations’ failure to agree on a list of participants and the Syrian opposition’s refusal to attend the meeting at a time of significant reverses on the ground.