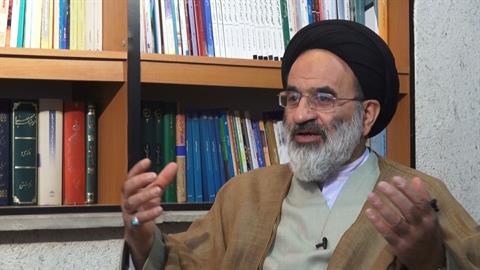 TEHRAN: Iran’s next president will play a role in setting the country’s foreign policy tone, but certain principles on issues such as nuclear rights, Palestine, Syria and Lebanon will remain unchanged, a senior Iranian religious leader told The Daily Star Monday. “Based on our constitution, strategic policies are determined by the supreme leader.

All presidents should operate within the framework and according to the rules made by the parliament, the constitution and the policy which is determined by the supreme leader,” said Seyyed Reza Taghavi, the head of the Policymaking Council for Friday Imams.

The council, which falls under the direct authority of Supreme Leader Ayatollah Ali Khamenei, oversees the work of all imams across the country and plays an influential role in shaping policies and governance in the Islamic Republic.

“Any president has different tactics,” Taghavi said during an interview at the council’s headquarters, which lie in the same closely guarded compound that houses the supreme leader’s office. “We do not force tactics upon them. Some choose better tactics and others milder ones. We focus on what are the principles of the people’s rights in the Islamic system. Tactics are different and this is natural, but the principles are the same and fixed and cannot be breeched.”

Taghavi cited Iran’s right to nuclear technology as a key principle that was not subject to change by the office of the presidency. “Any candidate who wins the election cannot ignore this right,” he said.

The issue of the rights of Palestinians under occupation was another area that Taghavi said constituted a red line in foreign policy.

“No president can come and say we agree to surrender Jerusalem or give away” the Palestinian homeland, he said.

Taghavi emphasized that Iran’s foreign policy positions were grounded in principles such as the right of self-determination, a concept that he said also explained Iran’s position on Syria:

“If we say democracy and freedom, we really believe in that. We are not like the governments of the United States and its Western partners who do not live up to their mottos. When it benefits them they adhere to these values, but if it’s not, they ignore them.”

“Today we are supporting Syria and the Syrian government,” he said, reiterating Iran’s stance that the leadership of Syria should be decided by its people.

“The same is true about Palestinians. In Palestine, all the Palestinian people – Jewish, Christian and Muslim born in Palestine, even if they were expelled from Palestine, and not any others who came from another country to occupy Palestine – should be given a right to vote and we will defend their choice.”

Put simply, he said Iran’s foreign policy principles rest on a key concept: “Our policy is standing against arrogance and oppression.”

“Our history proves that we have never attacked any country. Our motto is peace and brotherhood,” he added. “We have never armed people against others or to stand against their governments.”

Taghavi also spoke about the right of resistance against occupiers, including in Lebanon, voicing praise for the “honorable” Lebanese people:

“Dignity and honor will belong to those who are resistant.”

“In all the history of all the world, it is impossible for occupation to remain. And in all the history, those external states that support internal conflict in countries by supplying weapons [are] facilitating occupation.”

On the subject of Iran’s election, Taghavi said Khamenei, who has refrained from backing any candidate, has instructed Friday imams to maintain the same neutral stance toward the polls: “We just encourage people to cast their vote. Nobody forces people to choose a candidate and they are free in making their decision.”

However, he said that elected government leaders tend to be more successful when they listen to the advice provided by religious leaders.

Taghavi said a rift arose between the government of Mahmoud Ahmadinejad and the religious establishment during the president’s second term in office because he failed to hear the words of the experts who sought to advise him.