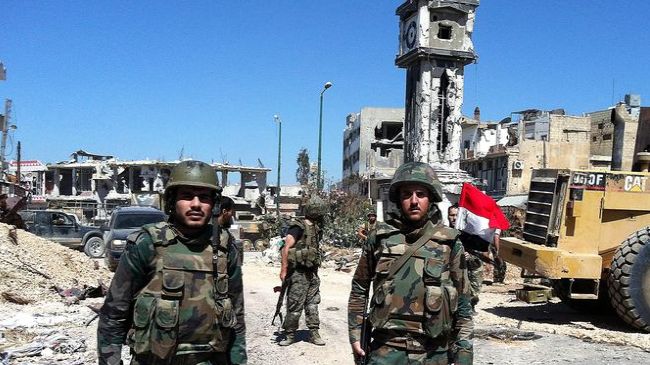 No clashes outside compound in Beirut: Iran Embassy

The Iranian Embassy in Beirut has dismissed reports about clashes in protest to the recent recapturing of the strategic town of Qusayr outside the embassy compound.

”Based on information received, a number of the supporters of Takfiri and terrorist Syrian groups gathered on a street, which is one kilometer away from the embassy, in reaction to [their] defeat in Qusayr and clashed with locals and some supporters of the Syrian government,”

”The conflict ended shortly with the involvement of the Lebanese army and security forces,” the statement added.

Media reports quoted Lebanon’s security sources as saying that an unarmed Lebanese man was killed on Sunday by gunfire in the vicinity of the Iranian Embassy in Beirut.

The Lebanese army cordoned off the area near the Iranian Embassy.

Iran Foreign Ministry Spokesman Abbas Araqchi on Sunday dismissed reports about an attack on the Islamic Republic’s Embassy in Beirut, describing them as incorrect.

Syrian troops established control over the key city of Qusayr on June 5 following weeks of heavy clashes with militants. Al-Qusayr, which lies 10km from the Lebanese border, was a major supply route for militants fighting against the government of Syrian President Bashar al-Assad.