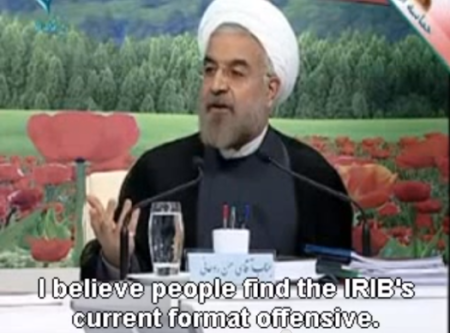 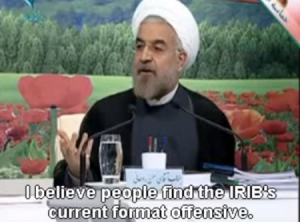 Throughout the weekend, one of the prominent stories in the Presidential campaign was the possibility of a coalition between the moderate Hassan Rouhani and the reformist Mohammad Reza Aref. That coalition, with one man withdrawing in favour of the other for Friday’s first-round vote, would significantly improve the prospect of Rouhani or Aref reaching the final ballot on 21 June.

On Sunday, both Aref’s campaign manager and leading reformist Ali Shakouri Rad indicated that a decision might be made today. However, we still awaited the catalyst for the coalition — an endorsement by former Presidents Mohammad Khatami and Hashemi Rafsanjani.

Then, on Sunday night, a new development pointing to the fear of some within the regime of a coalition and specifically of Rouhani’s campaign, which surged on Friday with a large rally in Tehran.

Both Fars, close to the Revolutionary Guards, and Mehr reported that the Guardian Council will meet on Monday to re-consider Rouhani’s candidacy. Having prevented Rouhani’s mentor Rafsanjani from entering the contest, the Council could now act to stem the new, unexpected threat.

The basis for the disqualification, both outlets indicated, would be support for Rouhani from “leaders of sedition and lawlessness”.

Will the Guardian Council, which allowed Rouhani’s candidacy as a consolation for its disqualification of Rafsanjani, be so bold — or rash — with a further ban? If so, what does this say about the “legitimacy” that the regime wants to claim for this election after the disputed Presidential outcome in 2009?

If Rouhani is barred, what will be the outcome? Will his threat have been neutered, or will voters flock to Aref in a de facto coalition, elevating the reformist as a challenger? Will there be a reaction on the streets, given the relatively muted response to Rafsanjani’s disqualification?

Hits And Misses From Western Press On Presidential Election

EA’s Scott Lucas notes: A mixed set of summaries from Western outlets on the Presidential election on Monday…

Reuters offers a useful if unsurprising overview, “Iran Election Hopefuls Have No Quick Fix for Economy”.

More interesting are divergent perceptions of the nuclear issue. Parallelling EA’s analysis of the problems for the Supreme Leader, Scott Peterson of the Christian Science Monitor summarised the clashes in the final Presidential debate:

“Conservative presidential candidates clashed over inept and “fruitless” diplomacy one week before Iranians go to the polls.”

“The two men with perhaps the most influence to carry out those directives – both of them presidential candidates – publicly revealed wide disagreement.”

All of this seems to have gone unnoticed by The New York Times, however. It proclaims, “In Iran Race, All 8 Candidates Toe Hard Line on Nuclear Might”.

Independent candidate Mohsen Rezaei has produced this graphic to illustrate good and bad things in Iran.

Depicted as a chalkboard, the right hand side shows a list of “good things” — including a strong economy, employment, freedom and welfare. The list on the left shows “bad things” — like unemployment, poverty, housing problems and inflation.

Amid rumors that moderate candidate Hassan Rouhani’s candidacy may be reexamined by the Guardian Council, Reformist candidate Mohammad-Reza Aref is set to visit Kerman, Khorramabad and Shiraz today, winding up in Tehran for a rally at 8 p.m. local time, his campaign team has tweeted.