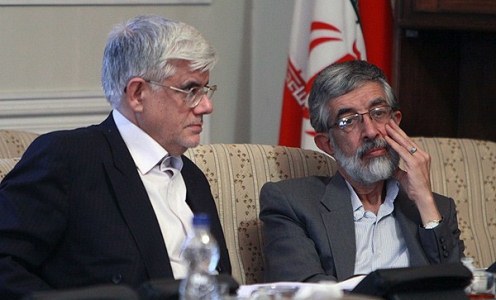 4 days to the presidential vote, election stories are as follows: Aref and Hadda-Adel stepping aside of presidential race; Guardian Council spokesman rejecting reports of re-vetting  Rowhani and pressures on Jalili to quit election race.

Reportedly, the committee has held extensive talks on how best to enter the June 14th vote.

According to Mehr, Iranian presidential candidate Gholam-Ali Haddad-Adel withdrew his candidacy from Iran’s June 14 presidential election, asking Iranian nation to strictly observe the criteria of the Supreme Leader of the Islamic Revolution when they vote for candidates.

Mehr reported on Sunday that Iran’s electoral watchdog will consider on Monday whether to disqualify Hasan Rowhani, from running for president before the June 14 vote but it removed the news from its website.

Head of Jalili’s campaign said that some senior officials have had extensive talks with Saeed Jalili to convince him to step aside from the election race and he has accepted their reasoning.