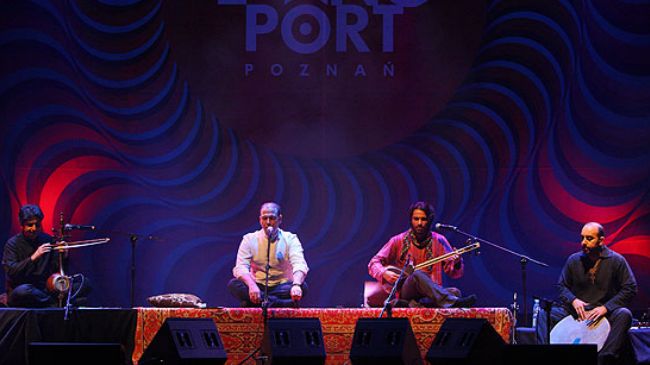 Traditional Iranian music program performed by the country’s vocalist Ali Reza Qorbani and his ensemble has gained much acclaim at Ethno Port Festival in Poland.

The ensemble’s performance which was inspired from the ancient Persian poet and mystic Mowlavi’s selected poems was warmly welcomed by the audience at the festival held in the Polish city of Poznan.

Vocalist Ali Reza Qorbani along with the members of his group, Ali Qasmsari, Saman Samimi and Hazahr Zahavi, went on the Grand Hall stage on June 8, 2013.

Qorbani, who is also a member of Iran’s National Orchestra, has participated in many successful concerts in different countries as well as festivals like the Sounds of Persia Festival in Toronto, Canada and the annual Festival de Saintes in France.

He has recently performed memorable concert tours in Europe such as a very successful performance in the 2020 Music Festival in Austria.

Organized by the Zamek Cultural Center, the Ethno Port Festival is one of the most important world music festivals in Poland.

The 2013 edition of Ethno Port Festival kicked off on June 7 and will continue until June 9.