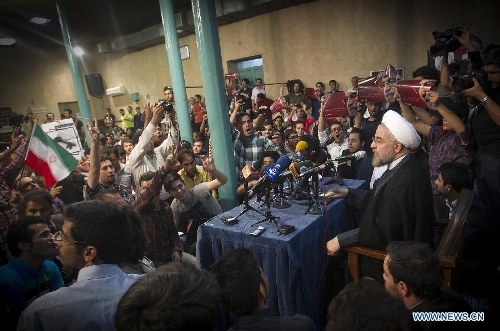 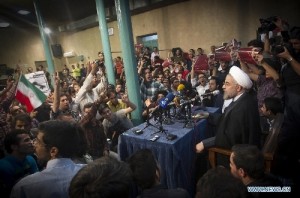 Iranian presidential candidate Hassan Rohani says improving the economic situation in the country through proper planning is high on his agenda.

“My program is to save the country’s economy,” said Rohani in a stump speech at a Tehran stadium on Saturday.

He told his supporters that he seeks to return stability to the nation’s economy.

“With your help, I seek to return stability and tranquility to the country’s economy, and this is possible through prudence, planning and hope,” said Rohani, who is also the president of the Center for Strategic Research of the Expediency Council.

The presidential contender also underlined that he would try his best to tackle unemployment.

Elsewhere in his remarks, Rohani termed the sanctions slapped on Iran by the UN Security Council “oppressive”, adding the country’s authorities should have planned to counter the sanctions.

The reformist candidate also insisted that everyone will enjoy equal rights if he’s elected president.

On June 14, Iranians will cast their ballots at over 66,000 polling stations across the country, and some 285 polling stations will be set up overseas for Iranian expatriates. The fourth city and rural council elections are also scheduled to be held on the same day.