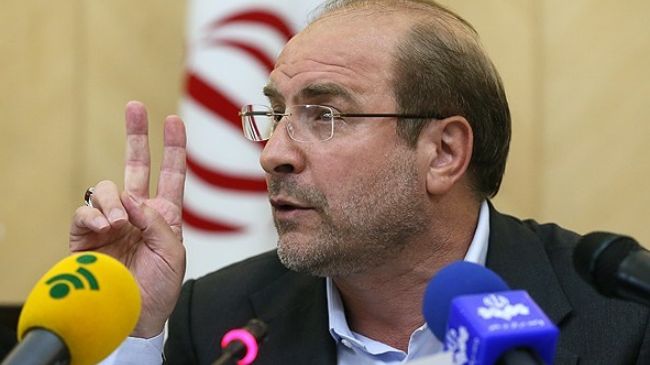 Iranian presidential candidate Mohammad Baqer Qalibaf addresses a group of lawmakers in Tehran on May 28, 2013.

Iranian presidential candidate Mohammad-Baqer Qalibaf has stressed that he can fix the economy in two years if he wins the June 14th vote.

During a tour of Varamin and Eslamshahr in Tehran Province on Saturday, the Principlist candidate said mismanagement is behind the current problems facing the country, stressing that it is possible to fix the economy in two years.

The Tehran Mayor said that many less privileged areas are yet to develop, pledging that if he becomes president, he will put the development of those areas as a top priority on his agenda.

The Principlist candidate stressed that existing problems can be resolved if the potentialities of the country are properly used.