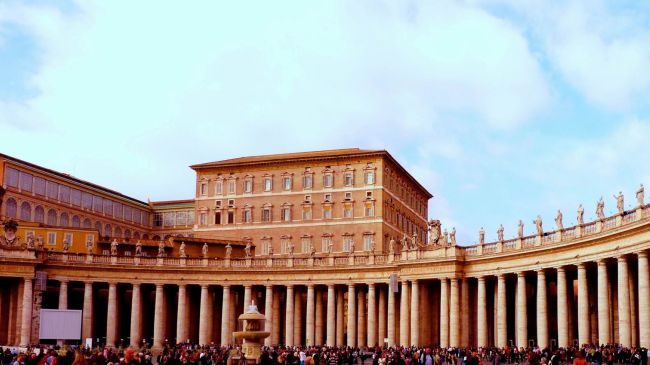 Iran’s new ambassador to the Holy See has presented his credentials to Pope Francis I and discussed different international issues with the pontiff, Press TV reports.

On Thursday, Mohammad Taher Rabbani was received by Pope Francis I at Vatican’s Apostolic Palace, where he presented the Pope with his credentials.

The ambassador was accompanied by his diplomatic delegation with the Pope individually greeting each one.

Rabbani previously served as Iran’s ambassador to Guinea and Qatar. He was also the director of Iranian Foreign Ministry’s Department for Parliamentary and Legislative Affairs.

As a souvenir, Rabbani gave the Pope a tapestry that was made in his home town as well as a book collection.

During the meeting, the Iranian diplomat and the head of the Catholic Church discussed, among other issues, the cultural crises gripping the countries hit by the global economic downturn.

On March 13, Cardinal Jorge Mario Bergoglio of Argentina was named the new pope of the Roman Catholic Church, taking the nickname of Pope Francis I.

“Pope Francis I is a humble man, who lives a simple life. His words and his massage are addressed to the poor, the people from the slums and those who are in need of spiritual support, particularly in the tough times we are going through,” Rabbani told Press TV.

After the endless series of scandals that hit the Vatican, Pope Francis has called for changes within the Catholic Church.

“Pope Francis I is still assessing the situation. He has not been able to replace any of the Church officials yet. He is trying to set an example with his humble behavior and reduce the distance between the Church and the people,” Rabbani said.

Iran and the Vatican have continued their collaboration in cultural and scientific fields for years and have been engaged in inter-religious dialog in the form of biannual meetings.