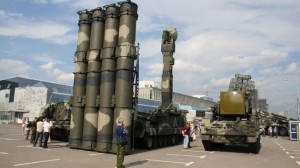 A Russian official has criticized the US for abandoning Moscow after forcing it to stop a deal for the delivery of S-300 defense systems to Iran.

Russian Technologies (Rostech) CEO Sergei Chemezov said on Thursday that the US applied heavy pressure on Moscow to stop the agreement under the pretext that the Iran-Russia deal was against UN Security Council sanctions imposed on the Islamic Republic.

Chemezov, added, however, that Washington later changed its rhetoric, saying the UN resolution did not specifically mention the S-300 system and Russia had acted on its own.

“The Americans now agree that it is a defensive system and Russia alone should be responsible for the breach of the contract,” Ria Novosti quoted Chemezov as saying.

He added that Moscow now seeks to reach a settlement with Tehran to withdraw its lawsuit against Russia’s state-run arms export company Rosoboronexport over the canceled deal, saying Russia’s chances “to win the case are very slim.”

Russia, however, refused to deliver the systems to Iran under the pretext that they are covered by the fourth round of the UN Security Council resolutions against Iran.

In September 2010, then Russian President Dmitry Medvedev also signed a decree banning the delivery of the defense systems to the Islamic Republic.

Iran has filed a complaint against Rosoboronexport in the International Arbitration Court in Geneva.

The Iranian Army has previously announced that it is manufacturing an indigenous missile defense system similar to the Russian S-300 and will unveil it in the next Iranian calendar year (beginning March 21, 2014).