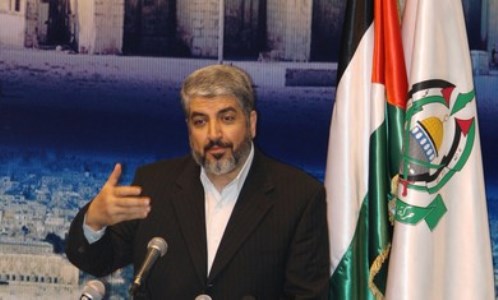 Eviction said due to Hamas support for Syria opposition forces, while Hezbollah allied with Syrian President Bashar Assad; Hamas, who were previously reported to be training rebel forces, deny the report.

The move, the report says, is due to Hamas support for the opposition forces fighting to oust Syrian President Bashar Assad. Both Hezbollah and Syria are allies of Iran, which provides the two with financial and military support.

Hamas representative in Lebanon Ali Baraka denied the report to Lebanese paper Aliwaa, saying Hezbollah officials in Lebanon were were surprised by the report.

Lebanese Islamic Jihad representative Abu Imad Rifai also stressed to the paper that Hamas remains in Lebanon and that no changes have been made.

Hamas has denied any support for the Syrian rebels, but the Times of London reported last month that Hamas’ military unit has broken ties with Assad, and has begun training members of the opposition’s Free Syrian Army in Damascus.

Hamas is a Sunni Muslim organization, as are the Syrian opposition forces. Hezbollah and Iran are both Shi’ite Muslim.

Even so, Hamas long enjoyed Syrian patronage, with political leader Khaled Mashaal basing himself in Damascus. In 2012, however, Mashaal relocated to Qatar, citing the ongoing conflict in Syria, which is now entering its third year. But the London-based Arabic language newspaper Asharq Al-Awsat said at the time that the move was due to Hamas’ support for the Syrian opposition. There were also reports at the time that all senior Hamas operatives in Syria had quietly relocated to various other Arab states, including Egypt and Jordan.