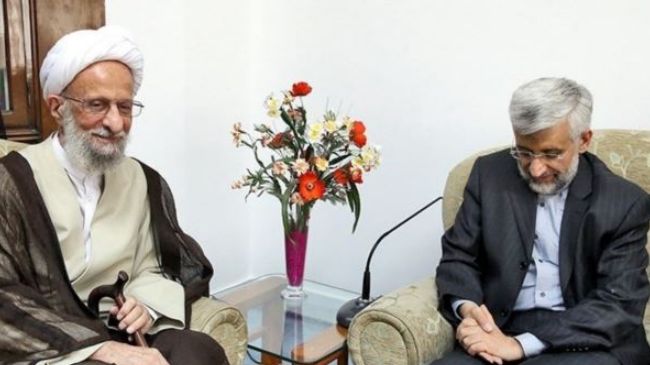 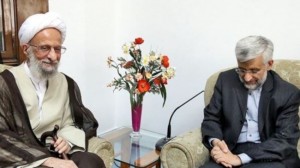 Iranian presidential candidate Saeed Jalili has met with top cleric Ayatollah Mohammad-Taqi Mesbah-Yazdi during a visit to the holy city of Qom in central Iran.

Jalili, who is serving as secretary of Iran’s Supreme National Security Council (SNSC), described the Tuesday meeting as a great honor, adding he had benefited from Ayatollah Yazdi’s advice and guidelines.

The presidential candidate also met with some other senior religious figures at the Seminary of Qom later during his stay.