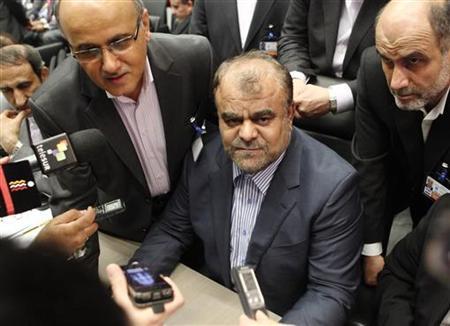 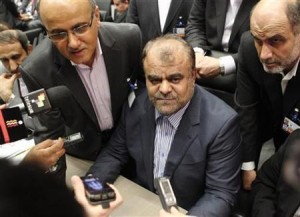 (Reuters) – Iran has offered insurance for Indian refiners to boost its crude sales, industry sources said on Monday, as the Islamic nation looks to counter a fall in revenues hit by tough western sanctions.

U.S. and European Union sanctions aimed at choking the flow of oil money into Iran and forcing Tehran to negotiate curbing its controversial nuclear programme slashed its crude exports in half in 2012, costing it as much as $5 billion a month.

The sanctions have forced refiners in India, Iran’s second-largest oil buyer, to reduce imports because Indian insurers have said they can no longer cover refineries that process Iranian crude.

“They (Iran) said they can provide insurance for our refineries,” said one of the sources, after a meeting between Indian Oil Minister Veerappa Moily with his Iranian counterpart Rostam Qasemi.

“We had a fruitful meeting…Our meetings are about the energy sector,” Qasemi told reporters, without elaborating.

Qasemi is on a three-day visit to India from Sunday to woo New Delhi for stepping up oil imports and invest in the OPEC-member’s oil and gas sector.

India cut imports of Iranian oil by 26.5 percent in the fiscal year which ended March 31, and had reduced shipments by 56.5 percent in April, according to data from trade sources.

Sources said Qasemi also offered a production-sharing contract to Indian firms to develop the Farzad B gas field in the Farsi block and asked New Delhi to boost exports to Tehran to fix a trade imbalance.

Iran also offered to ship gas to India in liquefied form via Oman, they said. Iran does not have the technology to liquefy gas so they have asked India to use Oman for liquefying the gas for further supplies to New Delhi, said a second source.

“Both of us expressed our desire to continue with business with each other. We need to nurture business with them…there are problems which will be sorted out,” said Moily after the meeting.

India has asked Iran to participate in tenders seeking oil supplies for its strategic storage, they said. India aims to build its strategic oil storage at two places with a combined capacity of 18.55 million barrels in the first quarter of 2014.