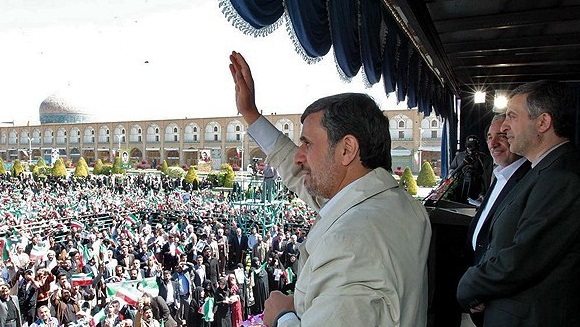 Iran’s election: a domesticated affair that could make waves far from home 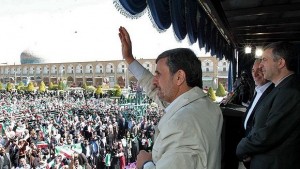 The field of 700 candidates has been winnowed down to eight men acceptable to the guardians of the revolution in Tehran, and those men must now compete for an office that was stripped years ago of the power to make strategic foreign policy decisions.

Yet the outcome of next month’s Iranian presidential elections could still have an impact beyond the country’s borders, on long-stalled nuclear negotiations and the intractable conflict in Syria.

It is the supreme leader, the ageing Ali Khamenei, who ultimately makes those decisions but he does not make them in a vacuum and must take into account the other power-brokers in the system. One of those is the president – who can at least claim a popular mandate, however circumscribed the rules of the electoral game – unlike the clerics and generals around the table.

Some Iranian analysts and diplomats argue that the political struggle between Khamenei and the current president, Mahmoud Ahmadinejad, has been so all-consuming that it has paralysed Tehran and rendered it all but incapable of making the choices necessary to strike a bargain with the west and the Arab world.

Not only have the venomous political disputes soaked up the time and energy of the leadership, they have also given the protagonists an incentive to stymie bold foreign policy initiatives lest they bring political capital and legitimacy to their domestic opponents.

“When it comes to the nuclear issue, there are forces in Tehran who did not want any kind of deal under Ahmadinejad for which he could claim credit, even if it had nothing to do with him,” said Mohammad Ali Shabani, the editor of the Iranian Review of Foreign Affairs. “It is very difficult for the senior leadership to turn around on these issues as long as Ahmadinejad is in his post, as they risk being seen as backing down. The election will present an opportunity for a change of position. It may be softer or harder, but it will change.”

Shabani added: “It is much easier for the west to deal with someone else other than Ahmadinejad, after what he has said about Israel and so on. It is not just about Iran saving face; it is about the west saving face.”

Diplomats from the six-nation group that has been negotiating with Iran over its nuclear programme have kept up contacts with Tehran in the runup to the election. The group convenor, the EU foreign policy chief, Lady Ashton, met the Iranian chief negotiator, now considered the establishment-approved frontrunner in the election, Saeed Jalili, in Istanbul last Wednesday. But diplomats involved in the talks, aimed at striking a bargain exchanging sanctions relief for curbs on Iranian uranium enrichment, said that if Iran is prepared to make a deal they do not expect it to happen until after the elections.

“Everything has really been on hold on the nuclear file until after the elections. Then we’ll see,” a western diplomat said.

The same is likely to true about Syria, where Iranian revolutionary guards are advising the regime, training Syrian troops, and supporting the Lebanese Shia militia, Hezbollah, which is taking a leading role in the fighting.

The US state department under Hillary Clinton was adamant that Iran not take part in talks at the first Geneva conference on Syria last year, and Saudi Arabia also refused to allow it to take part in regional discussions on the conflict. But Russia is pressing for Tehran to be included in the next Geneva round, due to take place in June. State department officials say that Clinton’s successor, John Kerry, does not exclude Iranian involvement in future negotiations, but has said that the US is waiting to see the outcome of the election.

For some Iranian analysts and diplomats, however, the belief that the elections will augur a new approach from Tehran represents merely the triumph of hope over experience.

“As long as Ayatollah Khamenei remains supreme leader a different president is unlikely to alter Iran’s nuclear policies, its support for the Assad regime in Syria, or its ‘resistance’ against the US and Israel,” said Karim Sadjadpour, at the Carnegie Endowment for International Peace.

He added that the appearance of a new face in the presidency could perhaps have an impact on Iran’s image, but that may not be an advantage for the west or Israel.

“While countries that are interested in a nuclear deal with Tehran may welcome a new Iranian president, the person who may well miss Mahmoud Ahmadinejad the most is Bibi Netanyahu. Ahmadinejad’s bombast helped earn Iran six UN security council resolutions and an international sanctions regime that is almost unprecedented in terms of its breadth and depth,” Sadjadpour said.

“I think many officials in both Israel and the west would say that if Iran is going to have a hardline president, better that he be someone who offends the world and brings negative attention to Iran, rather than someone who is soft-spoken and boring.”