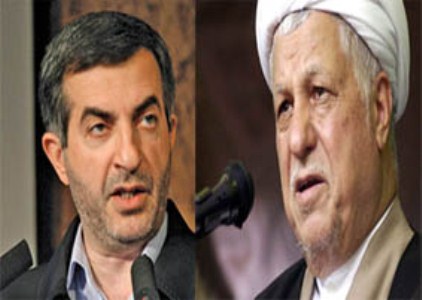 Presidential hopeful Rafsanjani: I should endure hardships for the promotion of system

In a third election statement issued on Tuesday, Iranian presidential hopeful Akbar Hashemi Rafsanjani has said “I should endure hardships for the promotion of system,” Jame-jam online reported.

Presidential hopeful Mashaei: if disqualified, I will pursue the case legally

According to Mehr, one day before Iran’s Guardian Council announces the final list of qualified candidates for the 11th presidential election of the Islamic Republic, Esfandiyar Rahim Mashaei, a presidential hopeful, who is the head of the secretariat of the Non-Aligned Movement (NAM) has said that if Guardian Council disqualifies him, he will pursue the case legally.

Principlists will ultimately have one candidate: Velayati

Iranian presidential hopeful Ali Akbar Velayati, who is one of the members of Coalition of Three, says the Principlists would ultimately come up with one candidate to run in the upcoming election.
Velayati adds that he is not certain whether presidential hopeful Mohammad Baqer Qalibaf would drop his bid for presidency in favor of Saeed Jalili, who is the secretary of Iran’s Supreme National Security Council (SNSC).

On the eve of Iran’s presidential election, supporters of President Mahmoud Ahmadinejad have been getting arrested on baseless charges and claims, Iran News Network reported.