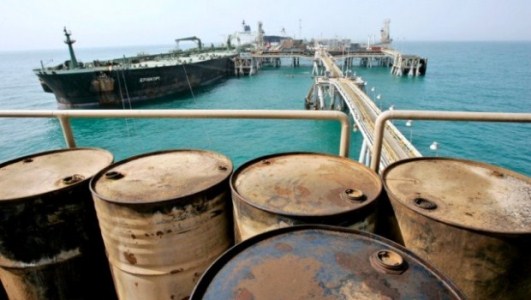 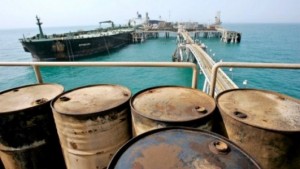 NEW DELHI/SEOUL, May 21 (Reuters) – India has slashed Iranian oil imports by almost a fifth since December, the sharpest cut among Asian buyers, in a move that should increase its chances of winning a new U.S. waiver next month on sanctions targeting oil trade with Iran.

Sanctions imposed by the United States and Europe to force a halt to a controversial nuclear programme that Tehran says is for peaceful purposes saw Iran’s oil exports more than halve last year, costing it $5 billion a month in lost revenue.

The sanctions have forced refiners in India, Iran’s second-largest oil buyer, to reduce imports because national insurer the General Insurance Corp. of India has said that cover and losses on processing the crude would not be payable by European reinsurers.

Local insurers rely on reinsurers, who are mostly based in Europe and the United States, to share the financial burden in case of claims on equipment worth billions of dollars.

The United States in June will review the 180-day exceptions granted to Asian importers that make continuous reductions in oil purchases from Iran. Waivers allow Iranian imports without the risk of being cut off from the U.S. financial system.

Refiners want to continue using the Iranian crude many of their plants are configured to process, as changes will need lengthy testing of new grades or cause an alteration in output.

“We are hopeful that India will get a waiver again because of this forced cut in imports,” said an Indian government source, who was not authorised to talk to media.

Officials in Iran’s top customer China, which cut its oil imports by 3 percent from the previous waiver period, also expect to have their country’s waiver renewed. South Korea has increased its Iranian imports and is sending a delegation to the United States to discuss its continued exemption from sanctions.

Waivers on U.S. sanctions have been granted twice to China, India, South Korea and other Asian buyers. Japan, another top buyer, won its third exemption during an earlier review period.

A U.S. State Department spokesman said it was too early to tell if Asian buyers would get waiver renewals next month.

Overall, December to April Iranian oil imports by China, India and South Korea were nearly unchanged at 833,000 barrels per day (bpd), compared with the previous six-month period, according to customs and trade data and a loading programme obtained by Reuters.

Daily Iranian oil imports by the three were down 15 percent from the six-month period December to May a year ago.

The biggest winners in recent months filling the supply gap left in some Asian countries by falling Iranian exports include Iraq, Libya, and Central and South American exporters.

China imported an average 440,800 bpd of crude from Iran in the December-April period, down from 455,000 bpd in the previous six months. From a year ago, daily imports rose about 6 percent as Iranian shipments in the first quarter of 2012 fell sharply due to a contract dispute.

Beijing opposes the U.S. and European sanctions on Iran and views them as unilateral moves made outside a United Nations framework. Even so, last year China cut imports from Iran by 21 percent versus 2011 to 438,448 bpd.

For all of 2013, China may cut imports another 5-10 percent, and it expects that to be enough to retain a waiver on U.S. sanctions, said trade officials familiar with the import strategy of state refiner Sinopec.

China’s imports for April were 371,500 bpd. China largest refiner Sinopec Corp processes nearly all the Iranian crude imported into the country, which is shipped in by its trading arm Unipec and state trader Zhuhai Zhenrong Corp.

India imported 224,532 bpd from Iran in the December to April period, according to the data and information gathered by Reuters, down from 270,380 bpd it bought in the previous six months. Compared with a year ago, imports fell about 40 percent.

Its imports from Iran in April are expected to be about 123,000 bpd, according to the preliminary loading programme.

Indian insurers have said they will not cover refineries processing Iranian crude because reinsurers in Europe and the United States, who dominate the global insurance market, will not honour claims on refineries, ports or other facilities handling Iranian oil.

Two of Iran’s Indian clients – Mangalore Refineries and Petrochemicals Ltd and Hindustan Petroleum Corp – have said they will not import oil from Iran as long as they are unable to hedge their risk.

South Korea’s imports of Iranian crude averaged 167,649 bpd in the December to April period, up 45 percent from the prior six months. The imports fell about 9 percent from a year ago.

The comparison to the previous six months was thrown off because South Korea imported no Iranian oil in August and September last year. Its imports in April are expected to be about 190,000 bpd, according to the preliminary loading data. SK Energy and Hyundai Oilbank process Iranian oil in the country.

A South Korean delegation is expected to visit the United States mid to late-May to discuss the exemption, a source with direct knowledge of the matter said, declining to be identified as he was not authorised to speak to the media.

South Korea may have to commit to cut Iranian imports by up to 20 percent over the next six months, the source said, though Seoul could take heart from the extension of the sanctions waiver for Japan, another close U.S. ally, in March.

For the six-month period ended February, a month before Japan secured its third waiver, Japan’s imports from Iran rose 31 percent to 200,000 bpd compared with the previous six months.

But they fell a third from a year earlier. Japan had also halted its imports of Iranian crude for one month in the second half of 2012, skewing its data.

Japan probably imported about 179,000 bpd in April, and Tokyo plans to cut purchases from Iran by about 15 percent this year from a year earlier. JX Nippon Oil & Energy Corp is Japan’s top buyer of Iranian oil.