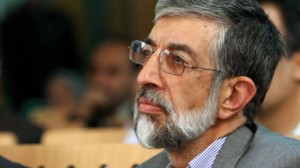 “In Iran, a non-religious government will never be successful because such a government will not be able to win over the people’s trust or their support,” Haddad-Adel told a group of students in Tehran on Sunday.

“What I intend to say is that a secular government in which religion and state are separated would never work for a country like Iran,” he added.

Haddad-Adel also warned that any rift between the government and the nation would hinder progress in the country.

“For any nation and any country to succeed, the nation should not be separate from its government,” he said.

Haddad-Adel, a former speaker of parliament, noted that the Iranian nation would tolerate economic woes if it feels that its beliefs are respected.