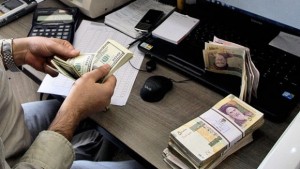 AFP – The US is aiming to block gold sales to Iranians to boost pressure on the rial currency, as it steps up sanctions over the country’s alleged nuclear weapons program, officials said Wednesday.

Top officials of the US Treasury and State Department said in Congressional testimony that sanctions were having a deep impact on Tehran, interrupting oil exports at a cost of $3-5 billion a month and contracting the economy.

The next step, Treasury Under Secretary for Terrorism and Financial Intelligence David Cohen said, was to increase pressure on the currency, which has lost half of its US dollar value in the past year.

“We will continue to identify ways to isolate Iran from the international financial system,” Cohen told the Senate Foreign Relations Committee.

“In particular, we are looking carefully at actions that could increase pressure on the value of the rial.”

That includes trying to prevent sales of gold to the Iranian government and Iranian citizens, he said.

“There’s a tremendous demand for gold among private Iranian citizens, which in some respects is an indication of the success of our sanctions,” Cohen said.

“They are dumping their rials to buy gold as a way to try to preserve their wealth, that is I think an indication that they recognize that the value of their currency is declining.”

From July 1, he said, under new US sanctions legislation, Washington is forbidding gold sales to Iranians by anyone, including goldsellers in neighboring Turkey and the United Arab Emirates.

“We have been very clear with the governments of Turkey and the UAE and elsewhere as well as the private sector that’s involved in the gold trade, that as of July 1st all must stop, not just the trade to the government.”

Cohen told the committee that sanctions were having repercussions on the Iranian economy, putting pressure on the country’s leaders to give way to international pressure over its suspected nuclear program.

He also said the rial had fallen to 36,000 to the dollar on the open market from 16,000 at the beginning of 2012, forcing the Iranian central bank to tighten foreign currency supplies and driving inflation to more than 30 percent.

In separate testimony, US State Department Under secretary for Political Affairs Wendy Sherman said that attempts to block Iran’s oil exports, its key source of foreign exchange, were biting.

Fourteen of 20 importers of Iranian oil have ended their purchases, and the other six — China, India, Turkey, South Korea, Japan and Taiwan — have significantly reduced their imports, she said.

“We are continuing, of course, to press them for further significant reductions as is required under the law.”