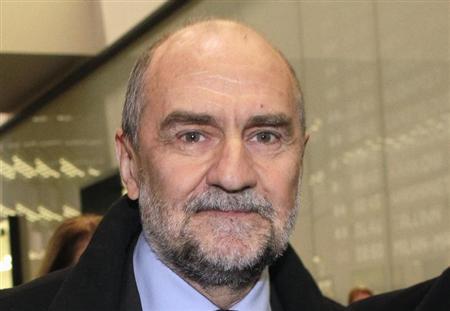 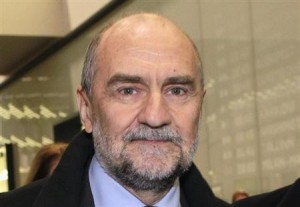 (Reuters) – The United Nations’ nuclear agency failed to persuade Iran on Wednesday to let it resume an investigation into suspected atomic bomb research, leaving the high-stakes diplomacy in deadlock.

With Iran focused on a presidential election next month, expectations had been low for the meeting between Iran and the International Atomic Energy Agency (IAEA), which has been trying for more than a year to reopen an inquiry into “possible military dimensions” of Tehran’s nuclear work.

“We had intensive discussions today but did not finalize the structured approach document that has been under negotiation for a year and a half now,” IAEA Deputy Director General Herman Nackaerts said after the eight-hour meeting, referring to a long-sought framework deal for the investigation.

“Our commitment to continue dialogue is unwavering. However, we must recognize that our best efforts have not been successful so far. So we will continue to try and complete this process.” No date was set for future talks.

Iran’s envoy, Ali Asghar Soltanieh, said both sides had put forward proposals during “intensive technical discussions” and the aim was to bridge the differences in future talks. Iran denies it has any aims to develop nuclear weapons.

The United States, which accuses Tehran of using stalling tactics at the IAEA talks and parallel negotiations with world powers, said it expected the nuclear agency to eventually urge the U.N. Security Council, which has imposed several sanctions resolutions on Iran, to take more action.

“At some point, the director general of the IAEA will have to return to the Security Council and say: ‘I can go no further. There has been no response. You have to take further action,'” Under Secretary of State Wendy Sherman told lawmakers in Washington. That could happen in June or in September, she said.

Later in the day, the European Union’s foreign policy chief and Iran’s nuclear negotiator met for dinner in Istanbul to discuss the other line of talks which are a bid to resolve a row that could ignite war in the Middle East.

The meeting between Catherine Ashton, who represents six nations in the talks, and Saeed Jalili, who is running for president in Iran, followed a failed round of big power diplomacy in April, in the Kazakh city of Almaty.

Ashton called it a “useful discussion” but the two diplomats did not set out plans for a new round of negotiations.

“We talked about the proposals we had put forward and we will now reflect on how to go on to the next stage of the process. We will be in touch shortly,” she said.

In Almaty, the six powers – United States, Russia, China, France, Britain and Germany – had asked Tehran to suspend its most sensitive nuclear work in return for some relief in economic sanctions.

Tehran had said the offer was not enough. It reiterated its calls that they recognize its “right” to refine uranium – which can have both civilian and military purposes – and end oil and financial sanctions.

The two sets of talks represent distinct diplomatic tracks but are linked because both centre on suspicions that Iran may be seeking the capability to assemble nuclear bombs behind the facade of a declared civilian atomic energy program.

Any movement in the decade-old standoff will now probably have to wait until after Iranians vote on June 14 for a successor to President Mahmoud Ahmadinejad.

In the latest U.S. step to try to choke off funding for that program, the U.S. Treasury blacklisted an exchange house and a trading company based in the United Arab Emirates on Wednesday, saying they had dealt with Iranian banks that Washington has declared off limits.

Tehran says its nuclear activity has only peaceful purposes and that it is Israel, widely believed to be the Middle East’s only nuclear-armed power, that threatens peace and stability