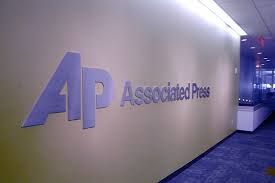 AP admits US spying on its reporters

TEHRAN, May 14 (MNA) –The Associated Press reports the US government secretly obtained two months’ worth of telephone records of its journalists as part of a year-long investigation.

Aljazeera News Network quoted AP reporting that the US government for two months secretly recorded telephone lines of its [AP] offices and journalists, including their home phones and mobile phones last year.

Associated Press on Monday called the US government action “massive and unprecedented intrusion” into its news gathering activities.

In his letter addressed to Eric Holder the US Attorney General, he wrote that “the Justice Department sought information beyond what could be justified by any specific probe.”

The AP report indicates that U.S. officials had previously announced that the US Attorney General’s Office has started a criminal investigation into CIA operation dated back to May 7, 2012, in Yemen.

This unveiling by AP of the US government’s intrusion came after Washington claimed rights to freedom of the press.

The Newspaper Association of America issued a statement saying: “These actions shock the American conscience and violate the critical freedom of the press protected by the U.S. Constitution and the Bill of Rights.”

This unveiling by AP of the US government’s intrusion is while Washington claims the rights to freedom of the press.

Associated Press, Quoted, US spying on AP reporter May 14, 2013
Don’t get too excited over Rafsanjani’s run
Israeli drone hacked by Hezbollah