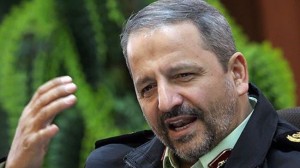 Iran’s police chief says the 2011 storming of the British Embassy in Tehran was a trap set by the diplomatic staff of the UK.

Brigadier General Ismail Ahmadi-Moqaddam said on Monday that the heavily fortified diplomatic mission could not be broken into easily.

“The entrance gate of the British Embassy has two bulletproof and explosionproof remote-controlled doors. It is not possible to break it open unless people inside the embassy decide to open the door,” he said.

Ahmadi-Moqaddam, however, said that nobody is authorized to storm the residence of foreigners “who are guests in our country.”

In November 2011, Iranian lawmakers voted by a large majority to downgrade diplomatic ties with the UK after London’s decision to impose sanctions on the Central Bank of Iran, over the allegation that the country’s nuclear energy program may consist of a covert military component.

Following the incident, Britain’s Foreign Secretary William Hague announced on November 30, 2011, that London is withdrawing its diplomatic staff from Iran and that the Iranian Embassy in London would be closed.

Oman is currently representing Iran’s interests in the United Kingdom.

Quoted, storming of the British embassy in Tehran May 13, 2013
Iranian presidential elections 2013: the essential guide
Frustrated with diplomacy, some in Congress seek total ban on Iran’s oil