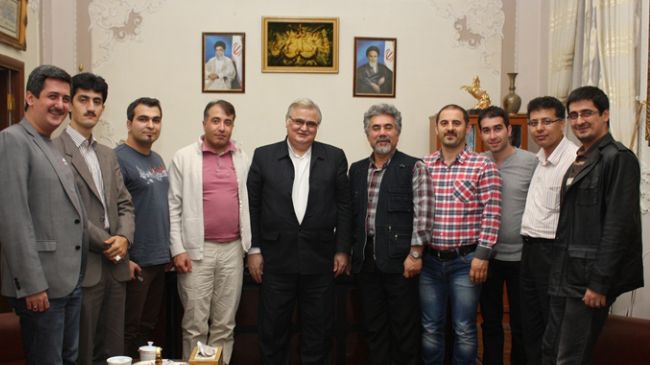 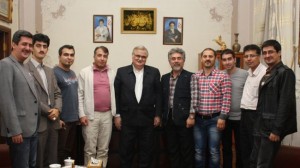 Members of an Iranian music ensemble along with Iranian Ambassador to Tajikistan Ali Asqar Sherdoust (C) in capital Dushanbe on May 12, 2013

An Iranian music ensemble has won the first award in the Shashmaqam Music Festival in the Tajik capital city of Dushanbe.

Later in the day, the ensemble also performed among Iranians living in Dushanbe with the participation of Iranian Ambassador to Tajikistan Ali Asqar Sherdoust.

The annual festival is held to commemorate Tajikistan’s National Shahsmaqam Day, on May 12.

Shashmaqam (six modes) is considered as Central Asian musical genre which is popular in Tajikistan and Uzbekistan.

The music is described as a refined sort of music with lyrics derived from Sufi poems about divine love. It is set in one of the classical Persian musical modes, or melodic forms.

This year’s festival was held at the Sadriddin Aini State Opera and Ballet Theater in Dushanbeh.