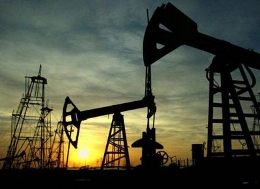 DUBAI/DELHI, May 9 (Reuters) – Iran has offered new, more alluring terms to reluctant Indian companies to win the investment it craves for its decaying energy sector suffering from tight Western sanctions.

Tehran’s insistence, until now, on paying contractors back in oil made projects unattractive to foreign firms even before sanctions made it nearly impossible for most to work there.

Indian firms say the risks of investing large sums in Iran are still too great, even with a more attractive PSC regime.

“We expressed our reservations because of international sanctions and non-availability of services and material required for execution projects,” said a source who was involved in talks with Iran on potential upstream activities in January.

Three Indian companies with stakes in a gas field in Iran – Indian Oil Corp., ONGC Videsh and Oil India – told a U.S. government watchdog late last year that they had no plans to pursue further work on the project.

According to Iranian media reports, the National Iranian Oil Company (NIOC) has been drafting production sharing contracts in the hope of attracting Asian companies, which are not banned by their governments from operating in Iran, to invest in its run-down industry.

Indian press reports said that the two foreign ministers discussed PSCs on Saturday at their meeting in Tehran.

A statement published by the Indian foreign ministry after the meeting said the two sides agreed to study joint investment prospects in both countries but made no mention of energy agreements.

The two ministers did discuss India working to upgrade Iran’s Chahbahar Port near the border with Pakistan to help boost trade with land-locked Afghanistan to the north, according to the Indian statement.

“We are determined to explore and use all capacities for economic cooperation,” Khurshid was quoted as saying in a statement published by the Iranian foreign ministry.

Under Iran’s established buy-back system, contractors are supposed to be paid in oil and gas from projects they develop with their own capital but then have to hand back the project to Iranian companies when completed and wait for pay back.

This system has kept oil majors like Italy’s Eni waiting for multi-million dollar payments for projects they completed decades ago, while sanctions make it still more difficult to get the oil from Iran.

Under the new contracts, NIOC plans to transfer development of small oil and gas fields to contractors so that the state-run Iranian oil company plays only a supervisory role, NIOC director Ahmad Qalebani was reported as saying by Fars News in March.

PSC’s would only be offered for shared fields, he was quoted as saying during a meeting in Tehran on the development of Iran’s contracting system in March.

Iran has been courting Asian and Russian energy companies to develop its vast oil and gas reserves over the last few years, and there are still a number of Chinese and Russian companies working in upstream projects, according to the U.S. government.

Western sanctions have also dampened their appetite for long term investments in the isolated Islamic Republic, on current contract terms, with Chinese companies slamming the brakes on projects they agreed to develop years ago.

Under pressure from Washington, India and China – two of Iran’s biggest oil buyers – have also sharply reduced their imports of Iranian crude over the last year.