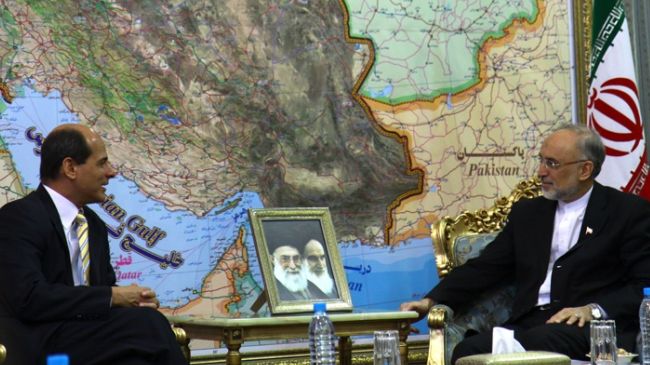 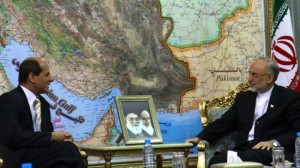 The Iranian foreign minister has called for cooperation between Iran and Latin American countries to work out a peaceful solution to the ongoing crisis in Syria.

Ali Akbar Salehi expressed hope on Monday that cooperation between the Islamic Republic and Latin American countries, specifically Cuba, would help bring an end to the turmoil that started in Syria in March 2011.

The Iranian top diplomat made the remarks in a meeting with Cuban Deputy Foreign Minister Rogelio Sierra Diaz in Iran’s capital, Tehran.

Salehi said Iran and Cuba could contribute to the resolution of the crisis in Syria given Cuba’s special position as one of the founders of the Non-Aligned Movement (NAM).

The Iranian foreign minister also commented on the relations between Iran and Cuba and called for the enhancement of bilateral cooperation in various fields.

Khaji said in the meeting that independent countries like Iran and Cuba could work together against the policies by some Western states that threaten regional and global stability.

The Iranian official stated that certain Western states, which claim to advocate human rights, support the terrorists in Syria, which shows the double standards of those states.

The two sides also discussed the developments in Latin America and the Middle East and underlined the necessity of respecting the sovereignty, and territorial integrity of countries and observing the principle of non-interference in the internal affairs of states.