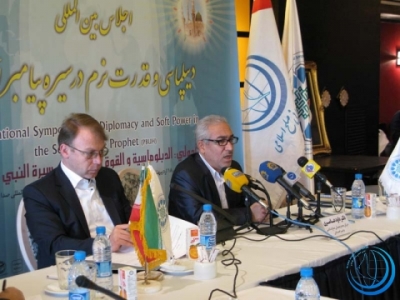 600 elites to attend in Intl. conference on “diplomacy & soft power in sirah of Prophet Mohammad” 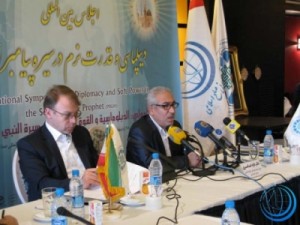 Dr. Davood Ameri, Secretary General of the Islamic World Peace Forum (IWPU) has announced that 600 foreign and domestic elites will be attended in the International conference on diplomacy and soft power in the sirah of Prophet Mohammad (PBUH) that is scheduled to be held on Wednesday (May 8th).

The international conference is scheduled to be held periodically in the Islamic countries, IWPU’s Secretary General was quoted by IWP as saying.

He further stated that the conference aims at recognizing the concept, principles, structures and components of soft power in the sirah of Prophet Mohammad (PBUH), and identifying official and public principles and indicators of the Islamic Prophet’s diplomacy to establish just peace, and study the causes of Islamophobia in the contemporary world.