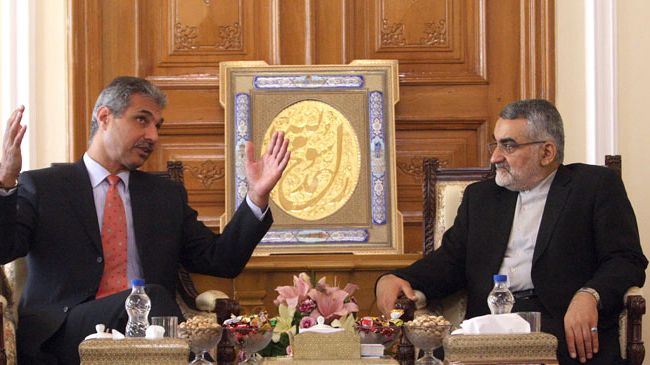 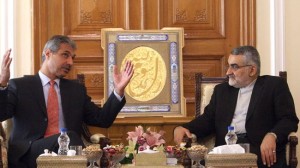 A senior Iranian lawmaker has warned against world powers’ schemes to sow discord among Muslims in order to serve their own “illegitimate interests.”

“Global powers with the help of certain regional countries seek to create religious conflicts and divisions in the Muslim world in line with their illegitimate interests,” said Alaeddin Boroujerdi, chairman of the National Security and Foreign Policy Committee of Iran’s Majlis, in a meeting with Kuwaiti Ambassador to Tehran Majdi Ahmad Ibrahim al-Zafiri on Monday.

Boroujerdi further condemned the foreign-backed terrorists’ “brutal and inhumane” desecration of the shrine of Shia Muslim figure Hujr ibn Adi, a companion of the Prophet Mohammad (PBUH), on the outskirts of the Syrian capital, Damascus.

He said supporters of ‘Takfiri’ terrorist groups must be held accountable for such acts.

Syria has been experiencing a deadly unrest since March 2011, and many people, including large numbers of army and security personnel, have been killed in the chaos.

Commenting on the regional developments, the Iranian lawmaker called on all regional states to strengthen peace and stability in the entire Persian Gulf region.

Boroujerdi further pointed to friendly ties between Iran and Kuwait, adding the two countries have great potential for the expansion of bilateral ties.

The Kuwaiti ambassador, for his part, stressed the importance of parliamentary cooperation between Iran and Kuwait, and voiced his country’s readiness to promote parliamentary and diplomatic ties with Iran.