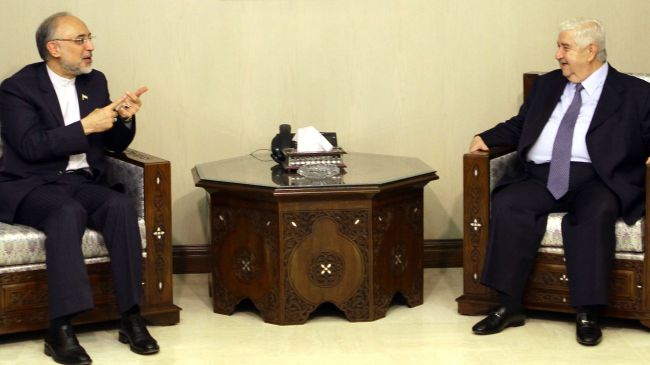 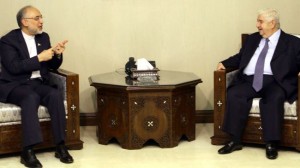 In a telephone conversation on Sunday, Salehi and Syrian Foreign Minister Walid al-Muallem discussed the latest developments in the Arab country.

The Iranian and Syrian ministers exchanged views on ways to settle the crisis in Syria through peaceful channels and prepare the grounds for holding national dialogue as the only way to end months of unrest in the country.

Syrian state television reported on Sunday that Israel has attacked the Jamraya Research Center, located northwest of Damascus. The center had been targeted by another Israeli airstrike back in January.

The Israeli attack “aims at loosening the noose around the terrorists in the eastern Ghouta” region, near Damascus, the state television added.

The Sunday attack came shortly after Tel Aviv confirmed on Friday that its warplanes had hit a “game-changing” target in Syria.

Salehi also condemned the desecration of a revered Muslim figure’s shrine on the outskirts of the Syrian capital, Damascus, by militants operating in Syria.

According to reports by online media, foreign-backed militants in Syria have raided the mausoleum of Hujr ibn Adi, a close companion of Prophet Mohammad (PBUH) and a loyal supporter of the first Shia Imam, Ali ibn Abi Talib (PBUH), in the Damascus suburb of Adra and transferred his remains to an unknown location.