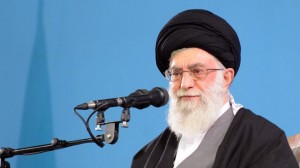 Leader of the Islamic Revolution Ayatollah Seyyed Ali Khamenei says the enemies are seeking to fan the flames of hostility between the Shia and Sunni Muslims by desecrating a holy shrine in Syria.

Addressing a gathering of Iranian officials in charge of holding the June 14 presidential on Monday, Ayatollah Khamenei called for the continued condemnation of desecration of the holy shrine of the ancient Muslim figure Hujr ibn Adi, a companion of the Prophet Mohammad (PBUH).

The foreign-backed militants in Syria have attacked the mausoleum and exhumed the grave of Hujr in suburb of Adra in Syria’s capital, Damascus, and taken his remains to an unknown location.

The Al-Qaeda affiliated al-Nusrah group has claimed responsibility for the destruction of the shrine.

The leader hailed the Shia community for its response to the incident, saying they showed that they are not deceived by the enemy plots. He also praised the Sunni brothers who condemned the incident.

Ayatollah Khamenei further warned that such sacrilegious acts could spread if Muslim scholars and political figures fail to condemn them.

“Muslims, especially elites and scientific, political and religious figures in the Muslim world should fulfill their duty towards this evil mindset and prevent the spread of sedition [between Muslims].”