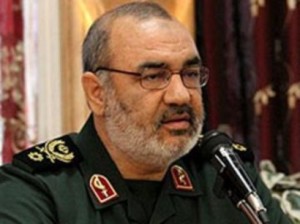 A senior Iranian military commander has downplayed the enemies’ threats against the Islamic Republic, saying the country has stretched its security borders to the East Mediterranean.

Iran’s Majlis Speaker Ali Larijani has censured the desecration of a revered Muslim figure’s shrine on the outskirts of the Syrian capital, Damascus, by the militants operating in Syria.

External affairs minister Salman Khurshid arrived here on Friday on a three-day visit during which he will have talks with Iranian leadership on ways to increase commercial links with the sanctions-hit country to reduce huge bilateral trade imbalance.

Iran’s foreign minister said he believed the detention of a former diplomat linked to the country’s reformists was caused by a “misunderstanding” and defended the man’s record, Iranian media reported.