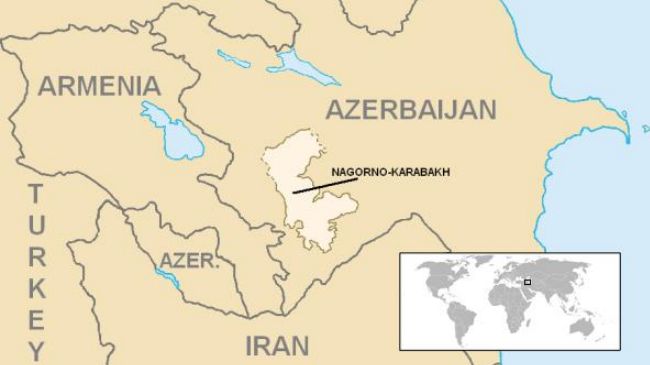 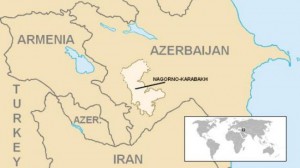 The Iranian diplomat told reporters on Friday that the Islamic Republic, as the president of the Non-Aligned Movement, can use its relations with both Azerbaijan and Armenia to help resolve the Karabakh dispute as soon as possible in line with Azerbaijan’s territorial integrity.

Both Azerbaijan and Armenia claim the territory of Nagorno-Karabakh, which is largely populated by Armenians but located in Azerbaijan.

Pak-Ayeen underlined that Iran’s relations with Armenia are not meant to be against any third country.

“Iran-Armenia ties are not, by any means, against any third country, especially the Azerbaijan Republic,” the Iranian envoy to Baku said.

“We use our relations with Armenia to ensure security in the region,” he stressed.

Ethnic Armenian forces took control of the enclave, which accounts for 16 percent of Azerbaijan, in the early 1990s during a six-year war from February 1988 to May 1994.

The conflict left an estimated 30,000 people dead and one million others displaced before the two sides agreed to a cease-fire in 1994. However, a peace accord has never been signed and the dispute still remains unsettled.

Iran has on several occasions offered to mediate in the dispute.