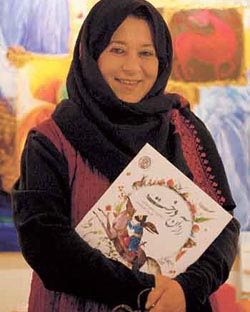 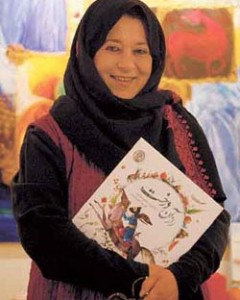 In a statement, Matic said the partnership between the Malaysian Tourism Centre and international artists is part of the 1Malaysia Contemporary Art Tourism Festival, which is usually held from July to September.

The festival gives an insight into Malaysia’s fascinating contemporary art scene and provides a platform for both established and up-and-coming names in the industry.

Speaking at the event, Matic’s director, Noor Luna Md Salleh, urged local and international artists to utilise the gallery as a platform to showcase their work.

Noting that Malaysia will be hosting Visit Malaysia Year next year, she remarked that putting up their exhibitions at the gallery would allow people locally and from around the world to enjoy their work.

Golamohammadi, 61, who was born in Tehran, studied interior design in high school and graduated from a university in the same field. Her artistic career began with illustrating children’s books, numbering about 34 to date, and she has won 17 international awards.

She said she chose the theme “Eastern Woman” for her 50 paintings exhibited at the gallery because she wanted to showcase the traditional side of not only the women in Iran but also other countries such as Pakistan, in terms of their attire and the jewellery they put on.

She wants the world to see Eastern women being at ease not only with “modernisation but also with traditional things,” she said when met at the opening of the exhibition.

Golamohammadi has a 24-year-old daughter, Leila, and a 31-year-old son, Yahya. She said for the last 20 years, she has been doing research on the “female energy” worldwide and their creativity through this energy.

She portrays this concept in her art works, which have been exhibited in Europe and the Asia Pacific.

The exhibition will end on May 31. The Matic Art Gallery is open daily from 8am to 5pm and features new exhibitions every month of different artists with different backgrounds, techniques, mediums and concepts.