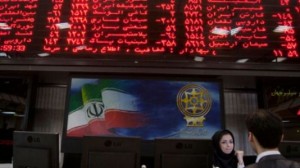 The figure showed 40 trillion rial (about a $3.3 billion) rise compared to the day before.

Iran’s Securities and Exchange Organization head Ali Salehabadi said on January 7 that the total value of Iran’s capital market, including the TSE and the Over-the-counter markets, is half of the gross domestic production (GDP).

Founded in 1967, the Tehran Stock Exchange has been one of the world’s best performing stock markets in recent years and has ranked as the best course index in Europe, Africa and the Middle East in 2010 in terms of performance of the main index.

The TSE’s annual growth rate of main indices also ranked second among all members of the World Federation of Exchanges (WFE).

The WFE is the association of 52 regulated exchanges around the world which aims to develop and promote standards in markets.