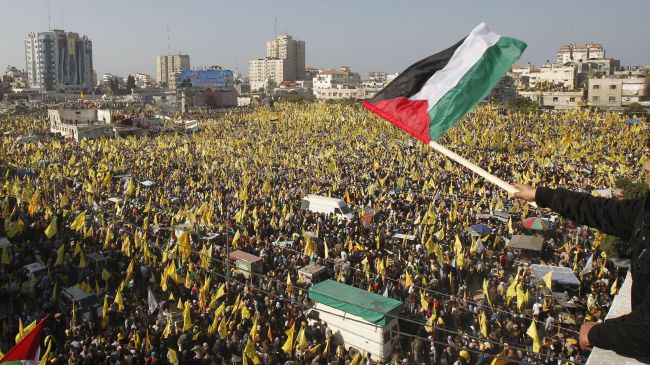 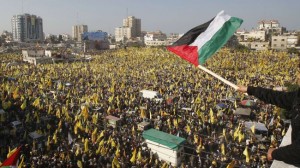 Supporters of the Palestinian Fatah movement hold a rally in the besieged Gaza Strip on January 4, 2013.

Deputy Secretary of the Fatah Central Committee Jibril Rajoub has called for stronger ties between Iran and the Palestinian Fatah movement.

Rajoub made the remarks in a meeting with the Iranian Ambassador to Lebanon Ghazanfar Roknabadi in the Lebanese capital, Beirut.

The senior Fatah official expressed hope that Palestinians would witness the liberation of all Palestinian lands with the continuous support of the Islamic Republic and other supporters of Palestine.

Commenting on the Syrian unrest, Rajoub said diplomacy is the only solution to the crisis in the Arab country.

He described Syria as the most important front against Israel, and expressed hope that the unrest in Syria would be settled soon.

The Iranian ambassador, for his part, reiterated the Islamic Republic’s full support for the Palestinian cause and resistance.

Iran’s unwavering support for the Palestinian resistance against the Zionist regime of Israel has always been underlined by Leader of the Islamic Revolution Ayatollah Seyyed Ali Khamenei and President Mahmoud Ahmadinejad, Roknabadi concluded.