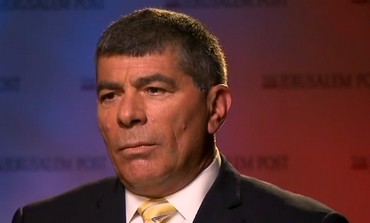 ‘Iran strike only an option when sword is to our throat’ 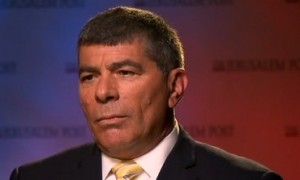 “Unless the sword is literally on your throat, you don’t use it,” former IDF chief of staff Lt.- Gen. Gabi Ashkenazi  told CNN regarding the military option in the face of the Iranian threat, in a rare interview published Tuesday night.

The interview with CNN’s Christiane Amanpour was conducted during The Jerusalem Post’s annual conference in New York City and marked the former IDF chief’s first ever on-camera interview outside Israel.

Questioned over Prime Minister Binyamin Netanyahu and former Defense Minister Ehud Barak’s request for a “P-plus” plan, reserved for an imminent state of war, Ashkenazi said that the security cabinet eventually decided not to go ahead with this measure.

“The question then was what was the correct time to consider the military option, and we made our recommendations to the cabinet, and my opinion was that we still had time,” he told Amanpour. “I think the military option is the last resort,” he said, stressing that all other options must be exhausted.

Turning to Syria, Asheknazi said the the West must take action, noting that “doing nothing is definitely the wrong message.” He said possible measures may include helping the Syrian opposition in a more concrete way such as providing them with weapons to help topple Syrian President Bashar Assad and imposing a no-fly zone over at least part of Syria. When asked whether Assad’s fall would be “good for Israel,” Ashkenazi responded that “it’s a mixed picture.”

On the one hand, he said it would be good news since it would constitute a major blow to Iran and Hezbollah. “People should understand Syria is a logistic hub for Hezbollah, most of the weaponry Hezbollah possesses came from Syria depots, while the money came from Iran.” Moreover, he said that Iran would lose its only state ally in the region – its gate to the Arab world.

On the other side of the coin he said that Israel may be threatened by cross-border terror, however, he opined that the country “has the experience to deal with it.”

Addressing Turkey, the former military commander – who faces an indictment over the deaths of nine Turks aboard theMavi Marmara – said that it is important to fix relations between the two countries, and expressed hoped that the current negotiations would yield results. In reference to the Gaza-bound flotilla that cause the rupture in diplomatic ties with Turkey in 2010, Ashkenazi said “we tried to stop them… we did everything in our power.”

The biggest risk to the state of Israel, however, is it’s own internal issues, Ashkenazi posited. Specifically mentioning the haredim, he said the nation must battle the division between sectors, and strive for a more cohesive society, “the way we use to be 30, 40 years ago.” He said all members of society must share duties and rights, “that’s the real challenge.”

Christiane Amanpour, IDF chief Gabi Ashkenazi, Israel, military strike against Iran, Quoted May 1, 2013
Ryabkov calls for speeding up convention of round of talks between Iran, p5+1
What could U.N. sleuths unearth at Iran’s Parchin base?