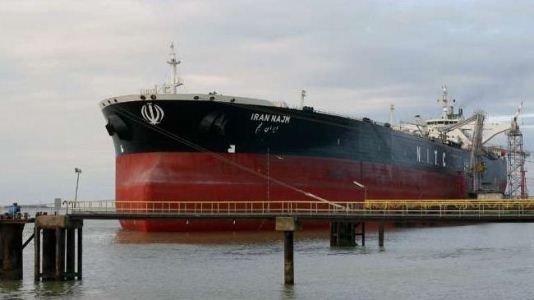 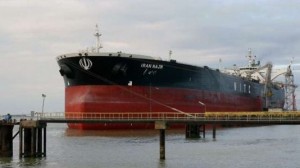 Iran is storing crude oil on board tankers off its coast, according to IHS Fairplay, a maritime researcher that collates data on vessel movements.

There are 11 tankers anchored for 28 days or more with cargoes, Richard Hurley, a senior maritime data specialist at Redhill, England-based IHS Fairplay, said by e-mail April 25. Ten are very large crude carriers that can hold 2 million barrels and the other is a Suezmax with half that capacity.

Iran stored oil on tankers in the second quarters of 2008, 2010 and 2012, according to data compiled by Bloomberg at the time. Refineries in the Northern Hemisphere normally carry out maintenance during the period, curbing demand for imports. European buyers are barred from buying the Persian Gulf state’s cargoes because of sanctions that began July 1.

“Some Iranian crudes are heavier grades and therefore have only a limited number of Asian refineries able to use them,” Dag Kilen, a shipping analyst at Fearnley Consultants A/S in Oslo, wrote in an e-mail. “When these perform maintenance, the Iranians have struggled to sell the volumes.”

An official in the office of Ahmad Qalebani, the managing director of the National Iranian Oil Co., referred questions to the public relations department, which in turn referred the matter to the news relations department. Officials there didn’t immediately comment after three phone calls and an e-mail.

The U.S. and 27-nation European Union imposed sanctions on Iran over its nuclear program, which they say is aimed at producing an atomic weapon. The government in Tehran says it is for civilian purposes. The nation’s revenues from oil fell 27 percent last year, the U.S. Energy Department said April 26.