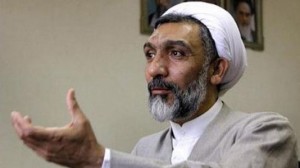 Presidential hopeful Mostafa Pour-Mohammadi has slammed the administration of President Mahmoud Ahmadinejad for its failure to pay attention to employment and production.

Pour-Mohammadi, who is currently head of the General Inspection Office of Iran, made the remark in a speech at Imam Sadeq University of Tehran.

He also stressed the significance of making radical administrative and economic reforms, in order to revive the national economy.

Pour-Mohammadi, however, hailed Ahmadinejad’s administration for its insistence on the issue of social justice.

The presidential hopeful, a former interior minister, criticized the national budget’s heavy dependence on petrodollars, saying he would work to wean the economy off oil revenues should he win the presidential election on June 14.

He stated that the most important mistake made by Ahmadinejad’s administration was the way it handled the US-backed sanctions on Iran.

“The issue of sanctions was seriously raised, but the administration [of Ahmadinejad] neglected and deemphasized it. In this way, we gave time to the imposers of sanctions to implement their plans one by one and create the current appalling conditions,” said Pour-Mohammadi.

Early in 2012, the US and the European Union (EU) imposed illegal sanctions on Iran’s oil and financial sectors in a bid to prevent other countries from purchasing Iranian oil and conducting transactions with the Central Bank of Iran.

Iran has categorically rejected the allegation, noting that as a committed member of the International Atomic Energy Agency and a signatory to the Non-Proliferation Treaty it is entitled to develop nuclear technology for peaceful purposes.