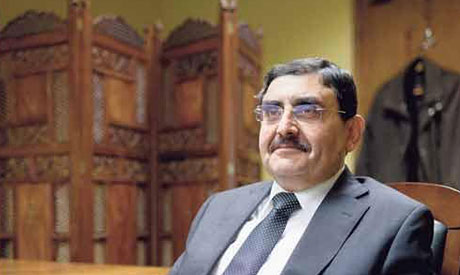 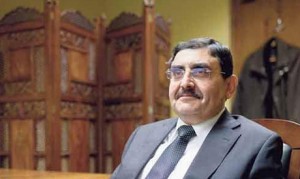 Egyptian presidential aide for foreign affairs Essam El-Haddad met Sunday with Iranian President Mahmoud Ahmadinejad to discuss Egypt’s initiative on the Syrian crisis.In an interview with CBC satellite channel Saturday, one day before the visit, Haddad said Egypt is seeking a political solution for Syria that would end the bloodshed and protect the state.

He assured that any security solution would not work due to interference from other countries — whether those in support of the regime or the Free Syrian Army.

The presidential aide added that Egypt is approaching with the Syrian issue very sensitively, and the same goes for dialogue with Iran over the Syrian crisis.

As for Egypt’s relations with Iran, Haddad said that the issue is delicate and should be treated in a diplomatic manner.

Commenting on Salafist attacks on the Muslim Brotherhood after President Mohamed Morsi gave a green light for recent Iranian tourism visits to Egypt, Haddad said that all countries have Shias living in or visiting them, including Saudi Arabia.

Haddad insisted that a minority (in reference to Shias in Sunni Egypt) cannot influence the majority, rejecting claims made by Egypt’s Salafists that allowing Shias to visit Egypt could negatively influence the religious beliefs of Egypt’s Sunni majority.

On 1 April, more than 50 Iranian tourists — the first official group to visit Egypt for tourism from the Islamic Republic in decades — arrived in Upper Egypt amid tight security. The visit came as part of a bilateral tourism agreement signed in February.

Egypt and Iran cut all relations at the time of the Iranian Islamic Revolution in 1979.

The unusual cooperation between Cairo and Shia-dominated Tehran caused outrage among some ultra-conservative Salafist groups in Egypt. After the tourism visit, dozens of protesters attempted to storm the residence of the Iranian chargé d’affaires in Cairo, throwing stones and scrawling offensive slogans on the outer wall of the compound.