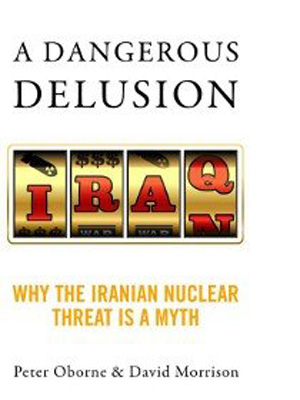 A Dangerous Delusion, by Peter Oborne and David Morrison 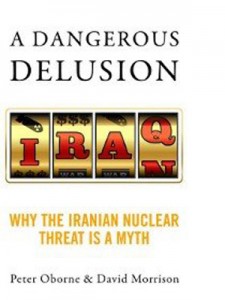 This is a small book, but written with Peter Oborne’s characteristic brutal clarity, it roars like the proverbial mouse. Co-written with David Morrison, it sets about destroying a series of myths and distortions that have enabled Western and other policymakers to depict Iran as a major nuclear threat, suggests that any military action against Iran would be unjustified, and argues that the current sanctions that are crippling Iran are illegitimate.

The authors show that despite opposition from the United States and Israel, the Nuclear non-Proliferation Treaty (NPT) permits the Iranians to enrich uranium for peaceful purposes. The international body responsible for monitoring compliance with the NPT, the International Atomic Energy Authority, has never found the Iranians to be in breach of the treaty’s provisions (though they have criticised them for a lack of openness). The Americans’ own National Intelligence Estimate found in November 2007 that Iranian progress toward a nuclear weapon had been halted in 2003 – an assessment that angered George W Bush because it made his task of convincing the world to act against Iran more difficult. On several occasions the Iranians have made serious overtures towards negotiated solutions to the nuclear problem, and the wider problems of hostility between them and the US, only to be rebuffed.

For the most part, Oborne and Morrison are right and their arguments are strong. On a few points, the case is a little overargued. The question of what President Ahmadinejad really meant when his words were translated in 2005 as “Israel must be wiped off the map” has become something of a chestnut. Even if we agree with the authors that “this occupation regime over Jerusalem must vanish from the page of time” is a better translation of the original Farsi, their conclusion that Ahmadinejad hoped merely that Israel would collapse under the weight of its own inconsistencies, like the Soviet Union, is not necessarily right.

The book is correct about all of the most crucial facts that are often forgotten or ignored in this debate. Iran is not a highly militarised state and its defence spending is low to moderate by international standards. Iran does not have a nuclear weapon (unlike North Korea) and Iranian declarations that they do not intend to acquire one on religious grounds should be taken seriously.

Neither the Islamic Republic nor previous Iranian governments have a history of initiating aggressive war; rather the contrary – they have taken a defensive stance and have been the victims of such wars – notably the Iran-Iraq war of 1980-88.

The nuclear dispute originates not with the Iranian nuclear programme, but with the long-standing hostility between Iran and the US (and Israel). The slow progress of the nuclear talks, which has caused such damage to ordinary Iranians through the effect of sanctions, has been caused at least as much by US reluctance to come off their previous position of no enrichment as by Iranian intransigence. There is an opportunity for settlement of the nuclear dispute now – it should not be missed.