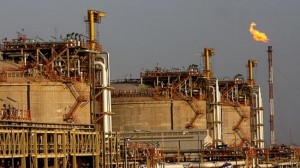 Seyyed Pirouz Mousavi said on Wednesday that in less than two years, Iran will increase its export of gas condensate from the current level of 450,000 barrels per day (bpd) to 1.2 million pbd.

The IOTC chief said Iran currently exports condensate from the southern port of Asalouyeh, adding that the country plans to further boost condensate exports by building new facilities near the city of Kangan in Bushehr Province, south Iran.

Iran, which sits on the world’s second largest natural gas reserves after Russia, has been trying to enhance its gas production by increasing foreign and domestic investments, especially in its South Pars gas field.

Iran’s South Pars, divided into 24 phases, is part of a larger gas field shared with Qatar which holds about 14 trillion cubic meters of gas, or about eight percent of the total world reserves, and more than 18 billion barrels of liquefied natural gas resources.