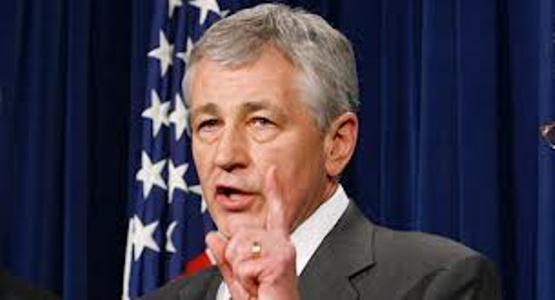 US stirs Iranophobia in ME to sell arms: Iran parliament official A senior Iran parliament official says the United States incites Iranophobia in an attempt to promote its weapons sales in the Middle East.

Substitute to Iran Majlis Deputy Speaker for Supervision Reza Talaei-Nik said on Tuesday that purchasing and stockpiling arms by some Arab countries will not benefit the region.

“The Western countries’ arms game with the Arabs will pave the way for the presence of transregional countries in the Middle East in order to increase tensions in this region,” Talaei-Nik said.

On April 19, The New York Times reported that US Secretary of Defense Chuck Hagel was to finalize weapons deals worth USD 10 billion with Israel, Saudi Arabia and the United Arab Emirates (UAE) during his visit to the Middle East.

The paper also cited “one senior official” as saying that the new sale of the unidentified missiles to Saudi Arabia and the UAE is to address what he described as “the threat posed by Iran.”

Talaei-Nik further said, “With a simple historical survey, it can be understood that Iran has never been the initiator of war against any country, and certainly, no harm will be done to the region by our country.”

The official also called on the Arab sheikhdoms to establish regional security within the framework of regional pacts and prevent the presence of transregional countries in the Mideast.

He added that Arab states in the region are the biggest importers of arms from the West, while some of them are not even capable of using the purchased weapons.

The US, Saudi Arabia, the UAE and the Israeli regime are all partners in supporting anti-Syria militants, including al-Qaeda-linked terrorists, to destabilize and overthrow the government of Syrian President Bashar Al-Assad.