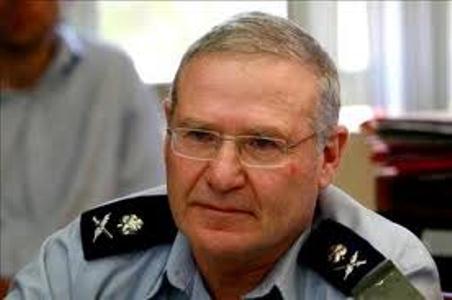 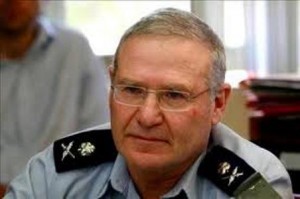 Maj. Gen. (ret.) Amos Yadlin says ‘We are headed toward a collision course by the end of this year,’ adding that Israel is capable of attacking Iran on its own.

One day after Israeli and U.S. defense ministers finalized a $10 billion sale of American military equipment to Israel, Maj. Gen. (ret.) Amos Yadlin, the former director of Military Intelligence, addressed the Iranian nuclear threat on Tuesday saying, “We are headed toward a collision course by the end of this year.”

By this summer, the Iranians will certainly cross the “red line” drawn by Prime Minister Benjamin Netanyahu during his speech last year at the United Nations, Yadlin said, speaking at a conference organized by Tel Aviv University’s Institute for National Security Studies (INSS), which he now heads.

Yadlin added that he believes Israel is capable of attacking Iran’s nuclear facilities without outside assistance, and that Israel can withstand the repercussions of such action. He said Iran could reach a “breakthrough” within two months, and added that the Islamic Republic’s upcoming elections (in June) mark a turning point for the country.

“We have about two months to sleep soundly, until the elections,” Yadlin said. “After that, I believe the Iranians will have to make a difficult decision.”

Iranian and UN officials are expected to hold a new round of talks over Iran’s disputed nuclear program on May 21 in Vienna, Iranian media reported on Monday. Such a meeting would be the 10th round of negotiations between the two sides since early 2012 that have thus far failed to yield an agreement.

Yadlin said the United States prefers to continue on the diplomatic track, but if the Iranians choose to forge ahead with their nuclear program “the Americans will have to stand behind what the president said, or change their policy.” He appeared to be referring to President Obama’s repeated warnings that “all options are on the table” when it comes to thwarting Iran’s nuclear ambitions.

However, Yadlin said, “Israel will, in fact, be the first to have to reach a decision. It is not party to the negotiations [between Iran and the world powers]. At the Iranians’ current rate of production, even to those who today are saying they won’t cross the red line – there is no doubt that by the summer they will cross it.”

Yadlin said that come summer, the Iranians will have to decide whether they want to manufacture an atomic bomb. Such a time frame, he added, only provides a brief interval for a breakthrough that would prevent a nuclear Iran.