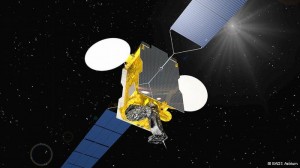 GREENBELT, Md. — An Iranian-American man living in Maryland is going on trial for allegedly helping Iran launch a satellite from Russia, a violation of a trade embargo the United States has against the Middle Eastern country.

Nader Modanlo’s trial is set to begin Tuesday in federal court in Greenbelt with jury selection.

Prosecutors say Modanlo brokered an agreement between the Russian government and Iran to construct and launch satellites, resulting in the 2005 launch from Russia of an Iranian telecommunications satellite.