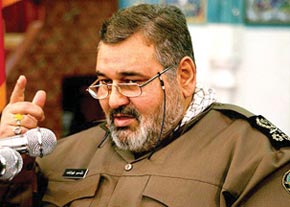 Today’s top stories in Iran include  General Seyyed Hassan Firouzabadi remarks over rediness of Armed Forces for any possible scenario at the upcoming presidential election; 5 dead in Iran due to  Chinese penicillin; Iran’s presidential conservative hopeful statement on corruption and candidacy of Ahmadinejad sister for the City and Village Councils elections.

“Our armed forces have enough experience of solving such problems,” Firouzabadi said. “After the 2009 presidential elections, the armed forces are familiar with possible risks and how to deal with them.”

5 dead in Iran due to  Chinese penicillin

ran’s presidential conservative hopeful, the secretary of the Expediency Council Mohsen Rezaei pledges to fight hard against corruption if he wins the ticket to office, FARS news agency reported.

The sister of current Iranian president Mahmoud Ahmadinejad, Parvin, has put forward her candidacy for the City and Village Councils elections, Asriran reported.