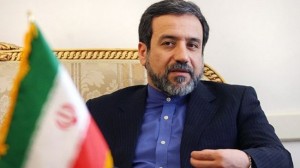 Abbas Araqchi, who also represents Iran’s Foreign Ministry in the nuclear talks with the P5+1 group of world powers, said Sunday the shortcut solution would require Western governments to lift sanctions against Tehran.

“During the Almaty 2 talks [on April 6], two roadmaps were proposed to the opposite party for the continuation of talks. The first route is step-by-step confidence-building, and is favored by the P5+1. This route is long and time-consuming,” he said.

“But the second route is a shortcut: Based on the instructions of the Leader of the Islamic Revolution [Ayatollah Seyyed Ali Khamenei], if the P5+1 countries recognize Iran’s…right to [uranium] enrichment, avoid the hostile approach and lift sanctions, then everything would go ahead easily and quickly,” he added.

Araqchi said during the latest talks in Kazakhstan, representatives of the P+1 — the United States, France, Britain, Russia, and China plus Germany — were not ready enough and did not have the authority to reach a final agreement with Iran and they needed to know the views of their respective governments.

Iran and P5+1 have held several rounds of talks mainly over Iran’s nuclear energy program. Before the April meeting, the two sides had met in Almaty on February 26-27.

Tehran rejects the allegation over its nuclear energy activities, maintaining that as a committed signatory to the Non-Proliferation Treaty and a member of the International Atomic Energy Agency, it has the right to use nuclear technology for peaceful purposes.