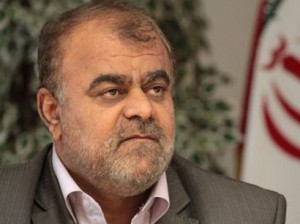 The Iranian Oil Minister made the remarks at a press conference on the sidelines of the 18th International Oil, Gas, Refining, and Petrochemical Exhibition in Tehran.

“This year we hope to invest USD 30 billion dollars in the petroleum industry,” Qasemi added.

Referring to the punitive measures imposed against the Islamic Republic’s energy sector by the West, Qasemi said, “The achievement of sanctions was the production of many items inside the country.”

Qasemi added that indigenous production of equipment would eliminate the country’s need for foreign goods in the near future.

The sanctions, which prevent the EU member states from purchasing Iranian oil or extending insurance coverage for tankers carrying Iranian crude, came into effect on July 1, 2012.