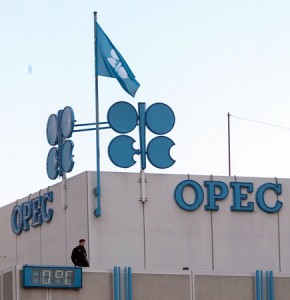 Saudi Arabia and Iran have both put forward candidates to replace the departed head of research at the Organization of the Petroleum Exporting Countries, Middle Eastern oil officials said Friday, as competition for influence in the group heats up between the two arch-rivals.

But the Middle East officials say a permanent replacement is being sought after the departure of Hasan Qabazard, the former director of OPEC research division. He has been replaced on a temporary basis by Oswaldo Tapia, the latest OPEC monthly report shows.

The position is important because it entails overseeing the monthly report, which spells out the group’s views on oil markets and supply requirements.

Muhammad Ali Khatibi, Iran’s OPEC governor, said “we have a candidate for the head of research and the secretary general,” adding it had proposed one different person for each job. A Gulf delegate said Saudi Arabia has also put forward a “technocrat” for the job.

The competition for the job comes as OPEC members are facing a raft of new challenges, from mounting budget pressures fuelling higher oil-price needs and competition from non-conventional oil production in the U.S.