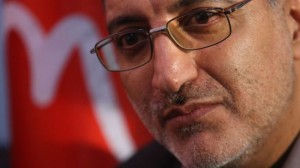 Two Iranian principlist parties have nominated their prospective candidates for the forthcoming presidential election in June.

The Perseverance Front has chosen former health minister, Kamran Baqeri Lankarani, as their nominee, while the Front of the Epic Makers of the Islamic Revolution (FEMIR) has picked lawmaker Alireza Zakani as its presidential contender.

The FEMIR’s spokesman, Mojtaba Shakeri, said the front is comprised of war veterans who fought during the Iraq imposed war against Iran (1980-1988).

He added that the front’s decision will be officially announced in a ceremony in the coming days.

The Islamic Republic’s 11th presidential election will be held on June 14. Presidential hopefuls can register from May 7 to 11.