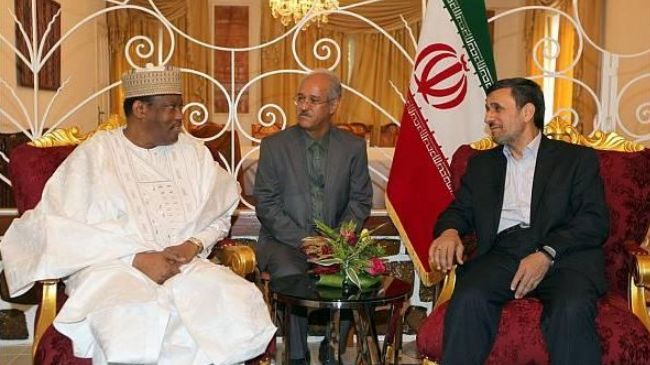 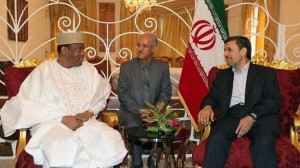 Iran President Mahmoud Ahmadinejad has called for unity among independent countries, saying no power can tarnish the relations between nations.

“The enemies do not want friendly ties among brothers and are constantly involved in plotting and propaganda, but the will of the nations and governments will overcome the desire of the enemies,” Ahmadinejad said on Tuesday during a meeting with president of Niger’s National Assembly, Hama Amadou, in Niamey.

”If independent nations such as Iran and Niger become united … no power will be able to taint the relations between the two nations,” he added.

At a ceremony later in the day, the visiting Ahmadinejad and his Nigerien counterpart, Mahamadou Issoufou, attended the signing of a memorandum of understating between the two countries.

During the ceremony, Ahmadinejad warned that colonialist powers are using new propaganda and Islamophobia campaigns to hinder the development of other nations.

“Colonialists have plundered nations’ wealth for years and are now seeking new [opportunities for] pillage, and this opportunity is only gained through aggression, and [promoting] discord, civil wars, insecurity and massacre,” Ahmadinejad added.

The Iranian president called on the independent nations to make organized international efforts to boost awareness against enemy plots targeting their culture, sovereignty and governance.

Ahmadinejad left Tehran for a three-day tour of Africa on April 14 at the head of a high-ranking delegation. He visited the West African Republic of Benin before arriving in Niger.