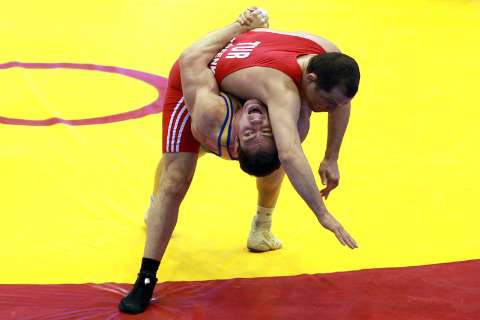 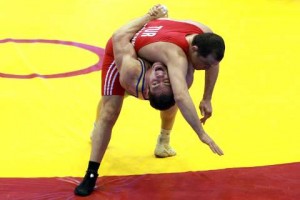 U.S. wrestlers will take on Iran and Russia in New York’s Grand Central Terminal as the international wrestling community tries to promote the sport and keep it in the Olympics.

The May 15 event at the New York train station will include the U.S. men’s freestyle team facing Iran, while U.S. men and women freestyle and Greco-Roman wrestlers will face Russia, according to Michael Novogratz, the Fortress Investment Group LLC (FIG) principal and a director of Beat the Streets, the inner-city wrestling program that is hosting the meet.

The U.S. team traveled to Tehran in February, and took on Russia in New York’s Times Square in 2011 and 2012. During last year’s event, the American team also held a wrestle-off for the final London Olympics roster spot. In 2010, Beat the Streets held a wrestling meet on the deck of the aircraft carrier USS Intrepid docked on the west side of Manhattan.

“I keep wanting to highlight New York landmarks,” Novogratz said in an interview. “One of the mistakes the wrestling community has made relative to MMA or even pro wrestling is not spending enough time showcasing how great a sport it is.”

The wrestling teams’ cooperation is a stark contrast to American-Iranian political relations. The countries don’t have embassies on each other’s land and the U.S. is among nations whose atomic-development sanctions against Iran have caused that nation’s income from oil exports to be cut in half since 2011.

Russia led the wrestling medal count at the London Olympics with 11: four gold, two silver and five bronze. Iran tied for second with six medals, including three golds, and the U.S. was fifth, winning two gold and two bronze medals.

Wrestling has been part of the modern Olympics since their 1896 start. The sport was part of the ancient games in Olympia, Greece, as early as 708 B.C.

The Lausanne, Switzerland-based International Olympic Committee announced in February that its executive board had voted to cut wrestling from a core group of 25 sports for the 2020 Games. It now must vie with seven other sports for one remaining spot, and the IOC’s executive board will meet May 29- 31 to decide which sport to endorse. A final vote will be held in September at a full meeting of IOC members.

“I feel really confident we’re going to get through the May vote,” Novogratz said. “There’s still a lot of work to do to convince the broader IOC.”